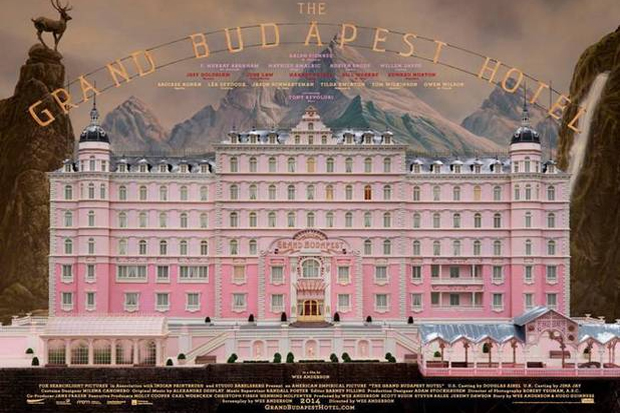 20 Feb The case for and against ‘The Grand Budapest Hotel’

Posted at 14:01h in Awards Season by Doug Jamieson 1 Comment

Wes Anderson has never been an Academy favourite. Critically beloved films like The Royal Tenanbaums, The Life Aquatic and Moonrise Kingdom were all but ignored at the Oscars, so it was starting to seem like he was one of those directors they’d just never fall for. That all changed this year with his quirky and utterly charming film The Grand Budapest Hotel. Despite being released almost 12 months ago (an Oscar rarity), it was still showered with nominations, but can it take out the top prize?

So much love. There used to be an old rule that the film with the most nominations would win Best Picture. If you think about it logically, it makes sense. If a film is the best in so many categories then theoretically it must add up to being the best film overall, no? This year, The Grand Budapest Hotel leads with nine nominations (a title shared with Birdman which also took nine), and it’s very likely to score wins in at least four categories. That equates to a hell of a lot of love from the Academy. It’s conceivable that as voters continue to tick The Grand Budapest Hotel in so many categories on their ballot that they have automatically give it another tick when it comes to the big one. Sweeping technical awards is truly one of the easiest ways to win Best Picture, so that bodes extremely well for Mr Anderson.

Preferential ballot. This damn ballot is making such a difference this year. Luckily for The Grand Budapest Hotel that seems to be working in its favor. Similar to Boyhood, it’s very difficult to hate this film, even for those like myself who have never really been a huge Anderson fan. It’s an incredibly light and enjoyable experience, particularly visually, and that makes it really tough to leave out of a voter’s top 3. Whether it takes the lion’s share of #1 votes or not, it’s very likely to dominate the secondary positions. If something is going to benefit from the potential split-voting of Boyhood and Birdman, it’s The Grand Budapest Hotel. It’s also very unlikely to be placed in the lower positions on many people’s ballots. You can’t justify voting for a film in so many categories like Production Design and Original Score and then consequently not putting it high on your ranking for Picture.

Wes Anderson. The man is long overdue for some Oscar love, particularly compared to his fellow nominees and their films. I think many were starting to assume he’d never be part of the Academy’s sacred little club, but the huge number of nominations for his film this year clearly shows that’s no longer the case. We see this time and time again. Someone is awarded a “career Oscar” i.e. they weren’t necessarily the best this year, but they’ve been good for so long that it only seems fair to finally reward them. It’s a large part of the reason Julianne Moore will win, and Amy Adams and Leonardo DiCaprio will likely win for whatever the hell they do next. That kind of background story can push voters in Anderson’s direction, particularly those that have long loved his work. Besides Eastwood and possibly Linklater, he’s the only “big name” director involved in one of this year’s Picture nominees, and that kind of name recognition can be enough to convince undecided voters in your favour.

Oscar hates comedies. There may have been a time where a truly wonderful comedy could win Best Picture. That time is no more. It’s frustrating because we all know comedy is far more difficult to pull off than drama. Sure, every now and then a comedic performance and/or film will make their way into the nominations, but they never actually win. At least not these days. To fathom that a film largely comedic in nature like The Grand Budapest Hotel will win Best Picture seems incredibly unlikely. It’s simply not serious enough to be taken seriously. They have no problem showering it with technical awards because its impossible to ignore the superb production within the film, but ultimately saying a comedy is the best film of the year over serious dramas is something they will not do.

Wes Anderson. You either love him or you hate him. That doesn’t bode well during Oscar voting. If you want to win, they have to universally like you, and for an auteur director like Anderson, that’s definitely not the case. So many people dismiss his films as useless fluff and criticise them for “all looking the same”. Unfortunately many in the industry don’t understand the auteur theory, and auteur directors have never scored particularly well with the Academy. Just look at the list of names who the Academy never really acknowledged – Kubrick, Hitchcock, Lynch, Tarantino, Burton, Fincher, Nolan, and even Scorsese until relatively recently. While it’s a big step forward for an Anderson film to be nominated for Best Picture, that’s probably the only reward the Academy is willing to give him at this point.

No acting nominations. While films in the past could win Best Picture without nominations in the acting categories, in recent times, we’ve seen that change dramatically. It was always going to be tough for Ralph Fiennes to break into the overcrowded Lead Actor category. However, one would have assumed if it was The Grand Budapest Hotel was the eventual Best Picture winner, he would have been swept along with the tidal wave of support. It’s one of only two films this year in the Picture category to not be represented in the acting fields, and that can be tricky to overcome, particularly amongst the actor voters. A film is essentially nothing without its actors, so if you can’t acknowledge those performances with nominations, how can you acknowledge the film as being the best of the year?

It’s going to be a tough one, but can a light but brilliant comedy finally take home Best Picture? Is the Academy ready to acknowledge the work of a master auteur director? Will I be bold enough to make it my final prediction for Best Picture? Find out when I reveal my final Oscar predictions this Sunday February 22.