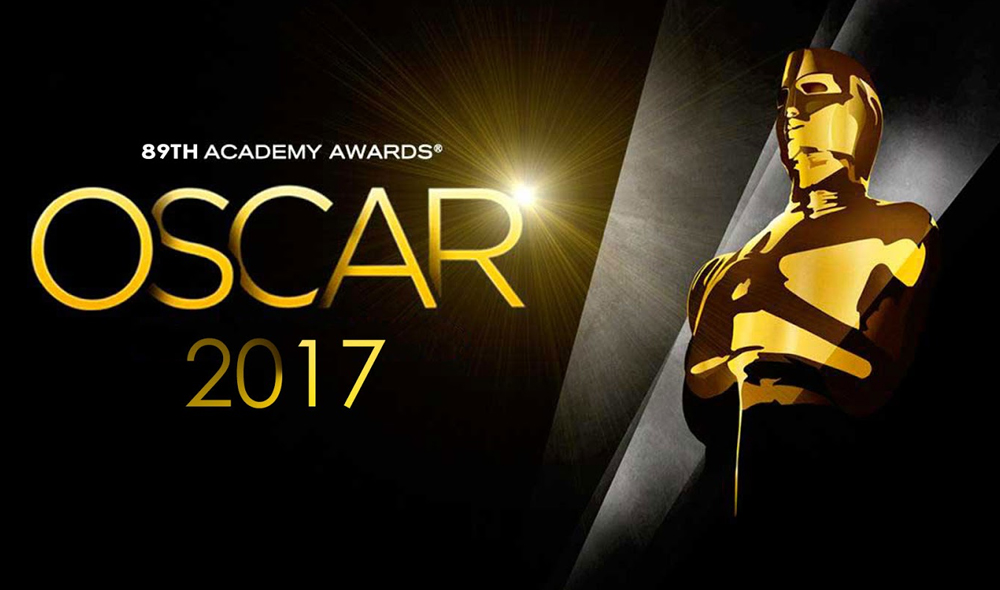 Well, the time has come. Oscar night is upon us. Many will call this one of the more boring Oscar seasons in recent history, and they have a point. When you have one frontrunner for Best Picture (and the majority of the other categories) all season, it’s hardly exciting to watch and discuss. Maybe it’s simply because the last few years have been such a rollercoaster, particularly the madness of last year’s Spotlight/The Revenant/The Big Short showdown. But, as you’ll see from my predictions below, it’s hardly all locked up.

As we head into the ceremony, there seems to be two possible outcomes; La La Land is going to sweep almost everything its nominated for (and suffer even more backlash than it’s been getting) or the backlash has worked and it walks away with maybe three or four, but not Picture. As nerve-wracking as that makes a La La lover like myself, at least it keeps things interesting.

As I always say, these predictions are just basically reading tea leaves, so take them with a grain of salt. Alas, one must try, so here are my final predictions for the 89th Academy Awards.

Nine films in the running, but it’s really a two-horse race here, kids. Even with the backlash and mud-slinging, La La Land still looks completely unbeatable. 14 nominations. Wins at the Globes, BAFTAs, PGA and DGA. Likely winner of at least 7 or 8 other categories. If it fails to win here, it will not make any sense, and more than ever, precursor awards will mean absolutely nothing. The only factor potentially standing in its way is the preferential ballot. While I still find it staggering this film has become so divisive, it’s impossible to ignore the fact it has its extreme lovers and its extreme haters. This was the problem facing The Revenant last year, and look how that turned out. If it really does polarise voters, and fails to capture #2 and #3 votes of those not giving it #1, expect Moonlight to snatch it away.

Hate La La Land all you like, but you cannot deny it is impeccably directed. For someone as young and inexperienced as Chazelle to deliver this kind of cinema is truly remarkable. The number of elements and techniques he seamlessly brings together is unlike anything else in the running this year. To ignore this would be a travesty. That being said, a split could be on the cards. Jenkins, in only his debut feature film, is also astonishingly good, and any other year, the Oscar would rightfully be his. Plus his victory would be history-making, being the first ever black director to win this category. Not quite a lock for Chazelle, but fairly certain.

Of all the major categories, this one is the one we’ll all be waiting for. The truest 50/50 category of the night. Affleck was looking unstoppable for months. He was winning everything, and it started looking like the Oscar was his. That all changed when Washington “surprised” everyone (well, not me) with his SAG win. If there’s any precursor award an actor needs to snare to cement their Oscar chances, it’s SAG. Actors make up the largest group of Oscar voters. Win them over, and you should repeat your victory with the Academy. The last 13 Lead Actor winners at SAG have gone on to win the Oscar. The only anomaly was Johnny Depp winning for Pirates of the Caribbean in 2003, and he was never going to win an Oscar for that. That stat is simply too hard to ignore. Washington in a squeaker.

For all its technical achievements, the heart and soul of La La Land is really Stone’s performance. While it has its visual spectacles, its success rests entirely on her shoulders. She nailed it, and deserves to take this home, even just for that audition scene alone (pick either, really). Yes, if you twist my arm, I ultimately think Portman “should” win. Her role in Jackie required more from her, and once again, she delivered. Had she not won for Black Swan, this wouldn’t even be a race. But she’s not even attending, for obvious reasons, so clearly she holds no hope either. In saying that, never discount the French dark horse. Just look at Juliette Binoche and Marion Cotillard. If voters have tired of ticking the box for Stone, expect to see Huppert snatch it away. At least we can count on her for a glorious acceptance speech.

Much like Affleck, Ali was looking unstoppable for a long time, but he’s taken a few hits recently that cast a shadow of doubt. He failed to take the Globe (but you know I think very little of the HFPA), missed out at BAFTA, and wasn’t even nominated at the Independent Spirit Awards, despite Moonlight sweeping everything else. Suddenly, the memories of last year’s surprise Mark Rylance win come flooding back. Rylance won no precursor awards until BAFTA, so that bodes well for this year’s BAFTA winner, Dev Patel. When you consider Lion is unlikely to win anywhere else, this could be their chance to make sure such a beloved film doesn’t go home empty-handed. And he has Harvey Weinstein in his corner. He did it for Gwyneth. It could happen again. I’m not game enough to formally pick it, but it won’t be a huge surprise if it happens.

There’s nothing to see here. Davis wins, at last. Game over.

Kenneth Lonargan’s screenplay for Manchester by the Sea is perhaps the best of the year, in either screenplay category. It would be unfathomable for it to lose here. In saying that, if the La La Land sweep is really on, it could take this with it. Expect the backlash to be utterly brutal, if that happens. If there’s a split between the two, don’t be surprised to see Hell or High Water steal it away, which wouldn’t be the worst thing in the world.

It shouldn’t even really be in the adapted category (don’t get me started) but Moonlight seems the obvious choice here. Its screenplay is powerfully moving and brilliantly written. And if Jenkins can’t take out Director, at least he can take this home. But if they really want to spread the love, and not have Best Picture nominees go home empty-handed, this would be the best shot for Arrival, Lion and Hidden Figures. They’re all highly unlikely to win elsewhere, so never say never.

Will win: “City of Stars”
Should win: “Audition (The Fools Who Dream)”
Possible shocker: “How Far I’ll Go”

I’m still scratching my head at “City of Stars” and “Audition (The Fools Who Dream)” being the chosen La La Land songs to push for nomination. Frankly, there are at least two or three better songs in the film, especially “Another Day of Sun” which is permanently stuck in my head. It seems “City of Stars” is the chosen one, but I can’t shake the tantalising prospect of Lin-Manuel Miranda becoming the youngest ever EGOT (Emmy, Grammy, Oscar, Tony) winner, if “How Far I’ll Go” takes it out. It could happen.

I’m not going to bother going into great detail with the other awards, so I’ll just run through the rest of my predictions without notes.

As you can see, I’m not quite predicting a record-breaking sweep for La La Land, instead going for a still-impressive 9 wins overall. If Moonlight does pull off the major upset, we will see another Cabaret situation, where a big, flashy musical wins 8 Oscars, including Actress and Director, but not Best Picture. History does often repeat at the Academy Awards…don’t say I didn’t warn you.

To help you out, here’s a handy viewing guide that should help you determine how likely that upset Moonlight victory is looking, as the night progresses.

What to look for if the La La Land sweep is on
If it takes any of these, it’s likely going to be an all-out bonanza sweep – Original Screenplay, Sound Editing, Costume Design

What to look for if the La La Land backlash has worked
If it loses any of these – Original Score and/or Song, Production Design, Editing, Sound Mixing, Cinematography, Director

A large number of categories are still up in the air, so we can’t complain about that. Nothing worse than a boring, predictable Academy Awards. One must always remember this is just a silly ceremony of pomp and circumstance. If what you love doesn’t take home an Oscar, it cannot change what that film or performance means to you. If La La Land fails, I’ll keep repeating that to myself, as I rock back and forth in a corner somewhere. Bring on the ceremony…I think…