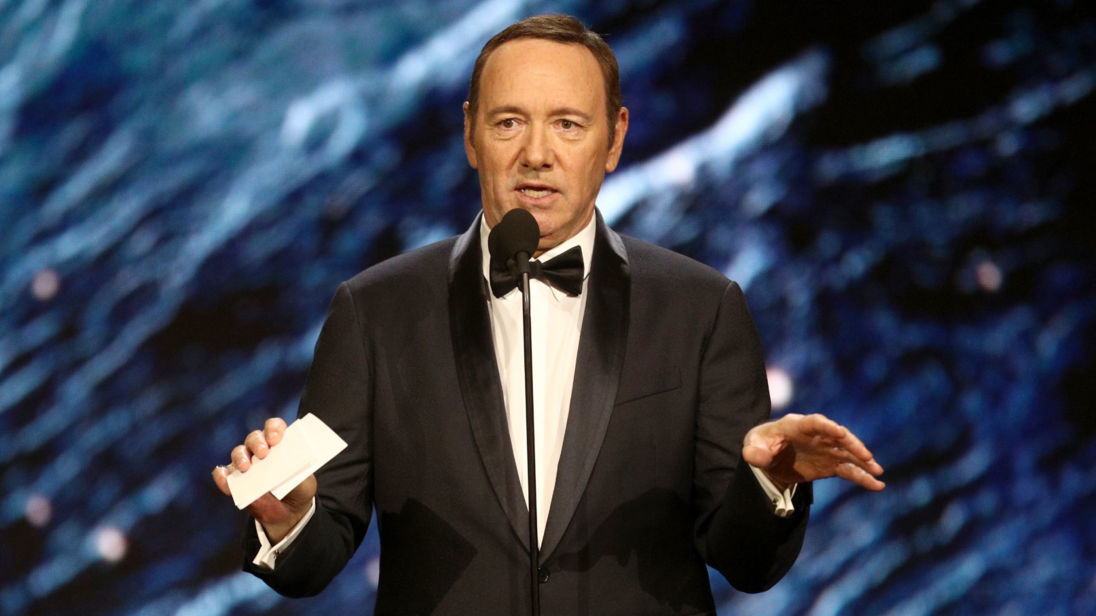 Posted at 19:01h in Opinion by Doug Jamieson 1 Comment

A long-assumed Hollywood rumour was finally confirmed today, with Kevin Spacey officially coming out of the closet. Now, this would normally be cause for celebration. He’s an extremely well-known actor, and possibly one of the biggest to ever confirm their homosexuality. He is revered in the acting world like few others working today. He has two Academy Awards, a Tony Award, four Screen Actors Guild awards, six Primetime Emmy Award nominations, to name just a few. And yet, the events surrounding his coming out will likely go down as the utterly worst way a major celebrity has ever come out. There is nothing for anyone to be celebrating today. As a gay man, I have a few things to say.

In an interview with Buzzfeed earlier today, Rent and Star Trek Discovery actor Anthony Rapp accused Kevin Spacey of inappropriate sexual advances towards him in 1986, when he was just 14 years-old and Spacey was 26. In light of the recent Harvey Weinstein scandal, Rapp felt compelled to add his story to the ever-growing number of Hollywood horror stories we’ve been hearing recently. He should be applauded for doing so. And he was receiving praise for speaking out…that is until Spacey made a statement, seen below, in response to the allegations.

Kevin Spacey’s statement, as posted on his Facebook page.

While it’s admirable he has quickly acknowledged the interview, and offered his sincerest apologies, Spacey has steered well clear of admitting to his behaviour, and, instead, taken the “oops I was drunk” coward’s way out. That in itself is fairly reprehensible. Alcohol is never an excuse for what can only be described as a sexual assault that borders on pedophilia. It is an abhorrent crime which once again highlights the blatant problems with the entertainment industry. Had he left it at the first paragraph, there wouldn’t be much else to say. Big Hollywood name apologies for X, blames Y, yet still doesn’t admit to X. It’s a classic story filled with PR fluff and not much substance. But Spacey wasn’t done.

In a move that has genuinely baffled and disgusted many, particularly those in the gay community, Kevin Spacey bizarrely decided to use this statement as his moment to come out of the closet and admit to being a homosexual. That’s right. In the one statement, Spacey doesn’t admit to unwanted sexual advances towards a 14 year-old, but does admit to being gay – as if the two are somehow connected, in any way. Conflating these two statements together is utterly appalling. Whether intentional or not (and I’m erring on the side of intentional), his admission of his sexuality after his apology for his predatory actions on a young man almost seem as if that’s some form of ridiculous explanation for what he’s being accused of.

Gay men have long been saddled with the egregious misconception that we are all predators, sexual deviants, and, yes, pedophiles. The argument over same-sex marriage, and the way it apparently terribly affects children, consistently brings these ugly judgments to light. If you’d like to live in a fantasy world where you think many backwards people don’t have genuine issues with gay men being around children, go for it. But it’s far from the truth. It’s a reality we, as a community, consistently face, and an incident like this is not helping, at all. It’s deeply, deeply damaging.

By combining a statement regarding an accusation of pedophilia with a statement admitting to one’s homosexuality, Spacey is inadvertently playing right into the hand’s of those who use the horrendous actions of the few to demonise the many. His pathetic words implicate an entire community in behaviour we neither play a part in, tolerate or accept. Behaviour many have suffered through, but few speak out about. And don’t think for a second this will be missed by those who seek to damage the gay community. This is an absolute goldmine for them, hand-delivered by someone who should know better. How dare he do this.

It’s impossible to know Spacey’s truest intentions here. It could just be a case of a horribly misguided and poorly worded statement, written by an otherwise-intelligent person. But his intelligence is the real give-away here. Could he really be that idiotic to not see the issues with his statement? At its worst, the statement has to be construed as a genuine case of attempting to deflect some serious allegations regarding serious misconduct, and spin the story into something positive. Or, more or less, don’t focus on what I did. Focus on this big piece of juicy news and how brave I am to reveal it to you all.

And it appears to be working. Take a quick Google or look through Facebook and Twitter to see the headlines now surrounding this story. What began as “Anthony Rapp accuses Kevin Spacey of unwanted sexual advances” has quickly become “Kevin Spacey bravely comes out of the closet.” The story has been completely flipped, and the media are foolishly now focusing on the wrong piece of news. Spacey’s statement has worked a treat. The media have fallen for it, hook, line, and sinker. If I wasn’t so disgusted, I’d be impressed by his PR skills to expertly manipulate those in the media industry.

People often question why victims of sexual assault fail to raise the alarm the moment the crime occurs. This entire scenario is a major reason why. A victim bravely comes forward, after years of silence. But his initial praise is quickly snuffed out by the quick actions of his perpetrator to flip the script and make it all about him. The fact anyone is writing glowingly about Spacey coming out is disgusting, degrading, and misses the point of Anthony Rapp’s interview completely. He did not reveal this information to out Spacey as a gay man. He revealed this information to out him as a criminal.

Sure, Spacey is no Harvey Weinstein…at least, not yet. He didn’t rape anyone. He didn’t masturbate into a pot plant or force Rapp to watch him shower or give him a massage. But he violated his space, forced himself upon him, and crossed the line of acceptable behaviour for a 26 year-old, alone in a bedroom with a 14 year-old. This is what needs to be called out and denounced. This is where the focus needs to be – on Anthony Rapp, not Kevin Spacey. The revelation of Spacey’s sexuality is entirely meaningless right now. Being a homosexual is not an excuse for what he did. Having a few too many drinks is also not an excuse for what he did. And the fact those notions have seemingly been lost, thanks to Spacey’s despicable statement, are truly disappointing.

So, congratulations on coming out, Kevin Spacey, but we, the gay community, won’t be celebrating you joining our ranks, just yet.