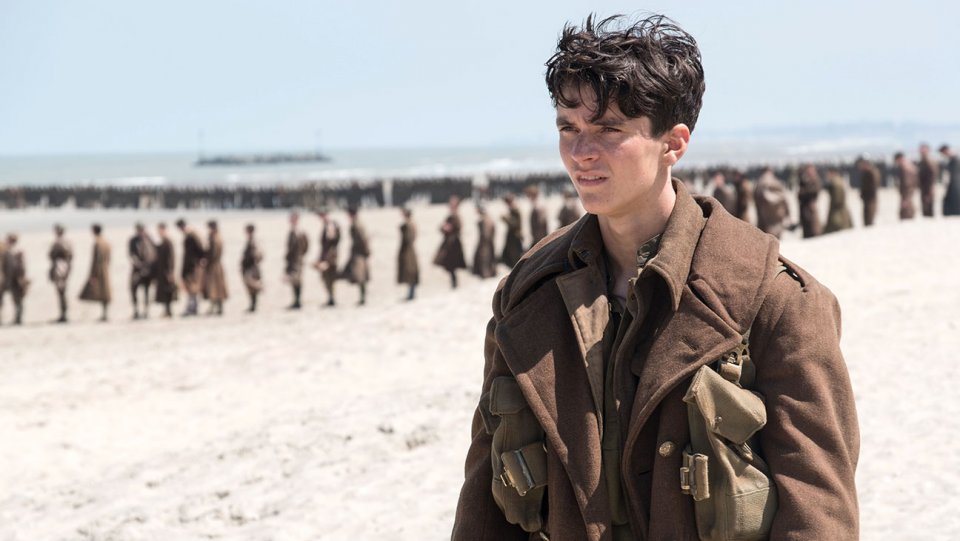 Posted at 14:05h in Awards Season by Doug Jamieson 1 Comment

It’s early November, and Oscar season is now in full swing. But something is decidedly off this year. With just under four months to go, we have no frontrunner for Best Picture. Contenders, yes. Possibilities, of course. Predictions and forecasts from us prognosticators, you betcha. Yet, no single film is leading the pack and dominating discussion, unlike previous years. Have we really just not seen the frontrunner and/or eventual winner yet? Or is something making studios nervous, and they’re playing the game a little differently this year? The answer may lie with La La Land.

You likely won’t need reminding of what happened last year. And I’m not even referring to the Faye Dunaway/Warren Beatty clusterfuck announcement mix-up. Rather, the insurmountable frontrunner lead La La Land had acquired, heading into the Oscar ceremony, and why its loss was such a huge shock. After debuting on August 31, 2016, at the Venice Film Festival, La La Land was immediately met with overwhelming praise. Within days, it was the frontrunner for Best Picture, Director, and practically every other category plausible. That status never waned once for the next five months. Not. Once.

Yes, Moonlight was always there in the shadows, but it never overtook La La Land in the “assumed winner” stakes. Many wanted it to win. Some, like Awards Daily’s Sasha Stone, were even bold enough to call it for Best Picture, in their final predictions. But few thought it was actually possible. Especially not after La La Land swept the Golden Globes, the BAFTAs, Damien Chazelle won the DGA, and the film took out the PGA. It appeared unstoppable. But it was stopped. And that may be causing huge concern for any studio hoping for glory this year.

Most years (especially recently), the Best Picture frontrunner becomes subjected to a wave of backlash and mudslinging, all determined to tear it down, and have something else rise in its place. I wrote a whole article on this last year (click here) because the practice infuriates me so much. We now have a systematic and consistent history of this occurrence. In the years preceding La La Land and its astonishing defeat, Spotlight beat The Revenant, Birdman beat Boyhood, 12 Years a Slave beat Gravity, and Argo beat Lincoln. All were former frontrunners. All were eventually defeated.

But last year was vastly different, in that La La Land only came unstuck on Oscar night. Moonlight failed to capture a single major prize (unless you count that Golden Globes win for Best Drama, which I don’t) before the ceremony. The other eventual winners rose much earlier. Spotlight took out SAG. Birdman and Argo won SAG, DGA and PGA. 12 Years a Slave tied for PGA. Unlike La La Land, there were warning signs of possible defeat for these poor former frontrunners. And that may explain why we see the lack of a real frontrunner this year – nobody wants the title this early.

As it stands right now, Dunkirk finds itself in this unenviable position – a position that likely makes Warner Bros. extremely nervous. None of us truly see it winning Best Picture. But we have to stick something in our top spot, and right now, that’s Christopher Nolan’s war epic. It has the reviews and the box-office results to win, but its non-Oscar season July release date effectively kills its chances. It’s just too long for a frontrunner to hold on. And the backlash, namely regarding its historical inaccuracies and lack of female presence, has already begun. Nolan could (and should) take Best Director. It will likely dominate the tech categories. But it’s beginning to feel like this year’s Mad Max: Fury Road, i.e. the blockbuster likely to win the most awards but not the big one. Just like La La Land, funnily enough.

It truly feels like every studio is desperately attempting to downplay their big contender’s Best Picture chances this year, more so than usual. 20th Century Fox and Steven Spielberg are keeping The Post tightly under wraps, with only a few stills released so far, and not a trailer to be seen, despite its December release date looming. But with a cast led by Oscar winners Tom Hanks and Meryl Streep, and its political scandal/the power of journalism storyline being far too relevant right now, it also finds itself with the frontrunner tag, regardless of anyone having seen it or not. Can it even possibly live up to these expectations now? Only time will tell.

Elsewhere, we have several other critically-acclaimed masterpieces in the mix, but again, none are yet being touted as the eventual winner. The socially-relevant horror film Get Out is surprising everyone by firming its case for numerous Oscar nominations, and a potential Best Picture victory. It would be the story of the year in Hollywood, if it could actually steal this race, but nobody wants to get ahead of themselves and say it will.

Likewise with The Florida Project, which also seems to be charging ahead, as the days roll on. For director Sean Baker to go from creating a film on his iPhone to directing a Best Picture winner would be truly something special, and the stuff of Oscar folklore. Once upon a time, the Picture winner always came with an acting win too, and with Willem Dafoe with one hand on the Supporting Actor trophy, that bodes well for the film’s chances too. But, again, distributor A24 is keeping expectations low, for now.

We’re seeing this across the board this year. Three Billboards Outside Ebbing, Missouri, Ladybird, The Shape of Water, The Darkest Hour, Call Me By Your Name. They’re all being discussed, and all clearly have a chance. Yet, none are wearing the frontrunner crown. Nobody wants to be this year’s La La Land. The curse is keeping everyone in check. It’s making for the strangest and most unpredictable awards season we’ve seen for a long time.

There are sure to be a few more curveballs thrown over the next few weeks and months. The push for Wonder Woman to sneak into the Best Picture nominees could actually suceed. The Post could be a disaster and the race opens right up. Dunkirk could steam ahead and become unstoppable. Star Wars: The Last Jedi could be a sci-fi masterpiece and steal the whole damn thing. We now know Warner Bros. is pushing It to be considered for all major categories, so never say never with that one. Or, like last year, the little independent movie that could (hey, The Florida Project) will topple a big studio blockbuster.

Fasten your seatbelts. It’s going to be a bumpy awards season. 16 weeks and counting…

BEST PICTURE PREDICTIONS, AS OF 06/11/17
Dunkirk
The Florida Project
Get Out
The Shape of Water
Call Me By Your Name
The Post
Three Billboards Outside Ebbing, Missouri
Ladybird
The Darkest Hour
Wonder Woman (oh, why the hell not?)