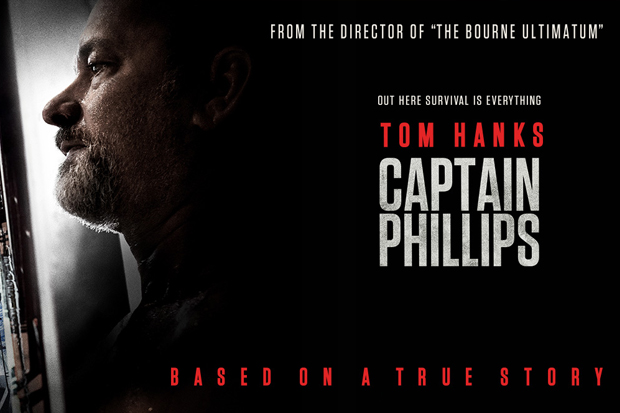 19 Feb The case for Captain Phillips

Posted at 13:59h in Awards Season by Doug Jamieson 0 Comments

Next cab off the rank in the Best Picture race is Captain Phillips. Is anyone crowing for the Captain to sail away with Best Picture? Maybe not, or at least not publicly, but it still holds a strong chance and here’s why.

The snub of Tom Hanks. Out of all the crazy snubs at the nomination announcement, the one that stood out for most Oscar observers was the ludicrous snub of Tom Hanks for Best Actor, who was seen as a sure thing, even in a crowded category. The man, who has already won two Academy Awards, used to be a sure thing for nominations, and the fact that it’s been over ten years since his last nod seemed to practically guarantee him a spot here. It wasn’t to be. Snubs can have a significant and dramatic effect. They can radically change the way a film is viewed, and boost the chances in other categories. Case in point – Ben Affleck last year. Argo was a strong chance for Best Picture, leading up to nomination time, but the second Affleck was snubbed for a Best Director nod, it became unstoppable. Affleck was also one of the film’s producers, and therefore voting for the film for Best Picture still gave him an Oscar. The story was too hard to resist. The snub had to be rectified, and this was seen as the way. Now Hanks isn’t a producer, and won’t win an Oscar if the film takes Picture, but the motivation to right a wrong, even if it’s in a six degrees of separation kind of way, could carry the film over the line.

Oscar loves a true story. Argo. The King’s Speech. The Hurt Locker. Million Dollar Baby. A Beautiful Mind. All winners, and all based on true stories. That bodes well for Cap. The Academy voters generally fall over themselves when it comes to real life/biographical films, especially when it’s an inspiration/uplifting story of someone doing something incredible, against all odds. The true story of Captain Phillips made worldwide headlines, and the film captures a moment in time where the world was watching how America would handle a tricky and delicate crisis. Films adapted from reality have that innate ability to draw the audience in further, because you’re essentially watching something that really happened. It’s this kind of heightened reality that voters seem to warm to, as the story seems familiar and the film is more powerful. When compared with another true story nominee The Wolf of Wall Street, the voter could be more inclined to swing towards Captain Phillips because it’s an inspirational tale, not a cautionary one.

America – f*ck yeah! Much in the same vein as last year’s winner Argo, Captain Phillips is overflowing with a not-so subtle nod to how great America is, notably how great the American military is. They risked their lives, they risked an international diplomatic crisis, and they spent millions to essentially rescue one man. And they pulled it off, without a single casualty. Patriotism is a powerful thing. It may not get the attention of an international Oscar voter, but it sure as hell gets the heart warm for the Uncle Sam toting American idealist. A vote for Captain Phillips is a vote for America.

Will we see the brave Captain and his merry men take away best picture of the year? Am I actually predicting Captain Phillips to win? Find out a little closer to Oscar night…