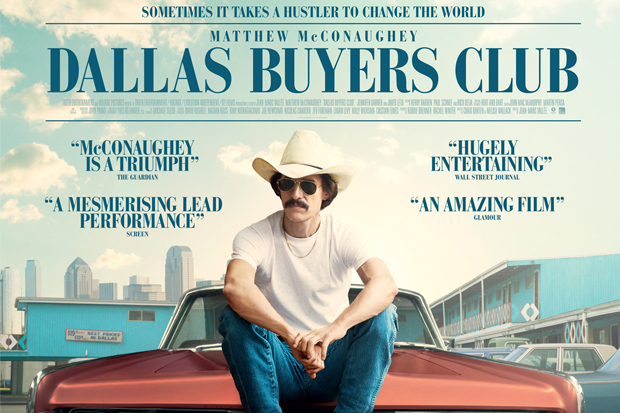 Posted at 13:28h in Awards Season by Doug Jamieson 3 Comments

As we continue through this strange new world where Matthew McConaughey is a serious revered actor (go back and watch Fool’s Gold, and tell me he seemed like a future Academy Award winner…), we need to analyse the chances of his film also walking away with Best Picture. It’s not one of the frontrunners, but anything is possible this year, so don’t discount it too soon.

The McConaissance. A new term has been coined for the startling reinvention of McConaughey’s career. From fluffy rom-com jughead to critically acclaimed performer. Sure, there were early moments of promise from the handsome Texan (A Time To Kill, Amistad), but he quickly fell into the usually unbreakable curse of the good-looking eye candy, who’s only use was to draw women into a romantic comedy (How To Lose A Guy In 10 Days, The Wedding Planner, Failure To Launch etc etc). In the last few years, he has managed to redefine the way the industry perceives him, with some truly wonderful turns in movies like Magic Mike, Mud, Bernie and The Lincoln Lawyer. His crowning achievement is now Dallas Buyers Club, a film very likely to win him an Academy Award. This could carry the film in voter’s minds into other categories as well.

The Brokeback factor. No film with predominant homosexual themes has ever won Best Picture. The film that came close, Brokeback Mountain, was shamefully overlooked in favour of Crash, and many believe the industry just wasn’t ready to award a so-called “gay film”. Given its been almost a decade since this happened, and the advances the gay movement has made in the world since then, it could finally be time for this to change. There will be a huge amount of voters who were personally affected and touched by the AIDS crisis of the 1980s, so Dallas Buyers Club is an extremely relevant and important film to them, enough to rank it up there on their ballots.

True stories and transformations. Oscar loves a true story, especially an inspiring/uplifting one. But what Oscar loves even more is an actor’s transformation, especially when they make themselves less pretty. Dallas Buyers Club has two of these – McConaughey’s startling weight loss and lack of physical beauty, and Jared Leto’s makeover into a transsexual AIDS victim. These are huge contributing factors to their chances to take the acting nods, but when you combine them, they make a formidable alliance to take the big award as well. The notion of a  true story winning Best Picture is an Oscar tradition, so just like Captain Phillips, this bodes well for Dallas Buyers Club.

Can the McConaissance dominate the night and not only take the two Actor awards, but Best Picture as well? Am I actually predicting Dallas Buyers Club to win? Find out a little closer to Oscar night…