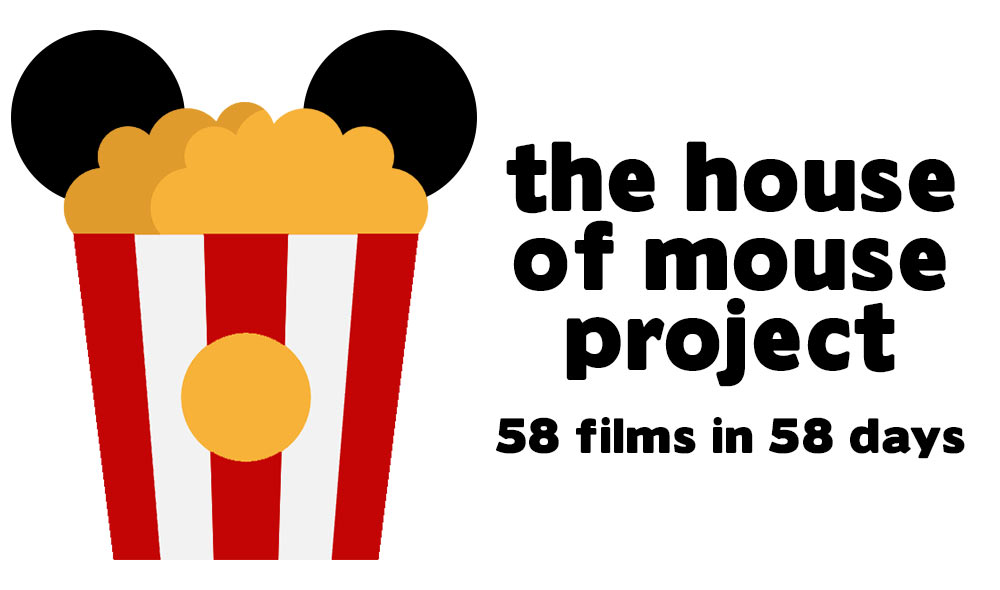 Posted at 09:11h in Featured, The House of Mouse Project by Doug Jamieson 1 Comment

In the life of a film critic, there will always be one particular question that inevitably comes our way; what was the first film that started it all? For most of us, it was the first film we saw in a cinema that truly sparked our love of movies. Much like generations of children before me, my first trip to the cinema was to see a Walt Disney Animation Studios film. And I’ve been in love with Disney’s special brand of magic ever since.

The year was 1990 and I was finally old enough to attend “the pictures,” as my beloved nan called them. There was only one film I wanted to see and it’s no word of a lie to call this particular choice a life-changing decision that I still remember to this day. From the moment we head under the sea to the refrains of Alan Menken’s magnificent and iconic score, The Little Mermaid captured my heart and unfurled the delights of cinema to my adoring eyes.

It’s right at this very moment I can pinpoint as the beginning of my three-decade-long obsession with movies, particularly those of the musical kind. Ever since that day, there’s been nothing I love more than heading to the cinema to watch a film on the big screen. As Steven Spielberg once said, “Every time I go to a movie, it’s magic, no matter what the movie’s about.” Sadly, it’s a practice that’s now been crushingly ripped away from every film fan around the globe. And it’s been a bitter pill to swallow.

We all know why it needs to be done. The sooner we socially isolate (please, stay home), the sooner we can return to the cinema. But for us film critics who devote so much of our lives to reviewing new release theatrical content, it’s left us with a cavernous hole that’s difficult to fill. Spirits are down the world over, so it’s time for this film critic to return to something that always delivers the magic Spielberg mentioned.

Nothing raises my spirits quite like a Disney animated film, no matter how many times it has been viewed before. The timelessness of the studio’s films is practically unrivalled in the film world. In a moment of so much global fear and uncertainty, there seems no better time to revisit the 58 films in Disney’s (mostly) impressive canon of animated feature films, especially with a Disney+ subscription that hasn’t seen much action since The Mandalorian wrapped up in December.

For over 95 years, Disney has captured the kind of brand recognition every other studio dreams of. It’s a brand that is one of the most recognisable in the world. Yes, that says a lot about the endless methods (we’ll get to that in a moment) in which the company expands from its film properties through theme parks, merchandising, and all manner of other corporate products. But at the core of Disney’s success is its unwavering reputation as the home of quality family entertainment. It’s one of the few movie studios audiences feel a heartfelt connection with; one that likely dates back to their childhood.

I was personally blessed to grow up in the bonanza period that was the Disney Renaissance, where the studio seemingly continued to raise the bar with each animated film of the late 1980s and early 1990s. What a genuine gift it was to be a child in the age of The Little Mermaid, Beauty and the Beast, Aladdin and The Lion King. And to then be alive for the introduction of VHS and the possibility to see classic Disney titles for the very first time. What a magical moment to be a kid.

It’s an era of my life I will never forget, echoing back to what it must have felt like to grow up in Disney’s original Golden Era of films like Bambi, Fantasia, and Dumbo. Perhaps that’s why my affinity for Disney films is a love that will never be erased, no matter how old I become. These films were my childhood. They’re special in their own unique way. Watching a Disney movie awakens the child inside all of us. And, just like Peter Pan, it speaks to that quiet yearning to never truly grow up.

However, the elephant in the room (no, not Dumbo) needs to be addressed. Yes, Disney is somewhat of a problematic studio for many film lovers, particularly in the last decade, as they’ve moved further and further towards total monopolisation of the film industry. After their purchase of Pixar, Marvel, LucasFilm, and 20th Century Fox, Disney have seemingly cornered the market on tentpole franchises and the gargantuan box office returns these known film properties elicit. We saw that last year when the company devoured $11.8 billion at the worldwide box office, setting a new record for the highest yearly studio result in film history.

Does this place the studio in a position to dominate the market so heavily that others may crumble beneath them? Absolutely. It’s a scary proposition to think the average cinemagoer saw 9 or 10 films in a cinema last year and it’s highly possible 75% of those titles came from the one studio. But, in reality, it’s a situation we’re unlikely to see every year. Disney had an impeccably strong slate of blockbuster, nostalgia-heavy titles in 2019; one we may never see again.

It also seems rather unfair to demonise a studio for their success and keen sense to deliver products audiences are clearly clamouring for. Just ten years ago, Disney were genuinely struggling to compete, particularly their own animated films, which were looking disastrous by comparison to their Pixar counterparts. But the studio has genuinely revitalised itself and once again cornered the market on family-friendly entertainment.

But we’re not here to debate the future impact of Disney’s dominance of the box office. We’re here to celebrate the rich history of Walt Disney Animations Studios and the 58 films they have produced over the past 93 years. Through this project, I’ll be venturing into the infamous Disney Vault, which has now been flung open with the introduction of their Disney+ streaming service, bar one bizarre exclusion that will require the viewing of an old DVD copy of Make Mine Music that’s been gathering dust on my shelf.

Each day over the next few weeks, The Jam Report will chronologically look at one film from Disney’s back catalogue and discuss its history, cultural impact, and determine if it deserves the illustrious title of a “Disney Classic.” And, at the conclusion of the project, I’ll create my definitive ranking of all 58 films. Join this Disney-loving film critic as we journey through the varying ages of Disney’s animated history where we’ll see the studio rise and fall several times over the last nine decades of cinema history.

Below is a handy list of the 58 films to be covered and will serve as a central hub to be updated as each piece is crafted. We could all use a dose of Disney magic right now. If you’re feeling lost and bewildered by the current chaotic state of the world, perhaps you too can join the journey and watch along at home each day for some much-needed escapism. So, without further ado, let The House of Mouse Project begin.