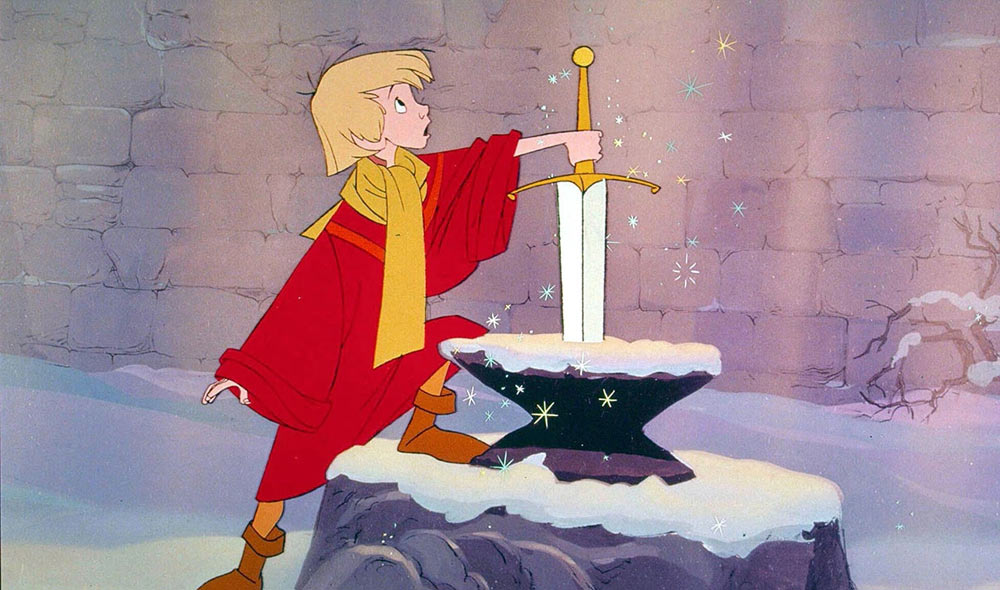 Posted at 09:32h in The House of Mouse Project by Doug Jamieson 3 Comments

The one that faded into obscurity.

After the success of crafting a relatively inexpensive feature-length animated film with One Hundred and One Dalmatians in 1961, the animation department at Walt Disney Productions was saved. However, it was now abundantly clear Walt Disney’s attention was firmly planted elsewhere. Disney’s live-action films like The Shaggy Dog, The Parent Trap, and Pollyanna were proving far more successful than the studio’s animated releases. Walt was also heavily involved in the pre-production of Mary Poppins, particularly his well-documented battle with author P.L. Travers over final script approval.

After five years of teething issues, Disneyland was finally eliciting huge profits from its burgeoning crowd numbers and wildly popular park merchandise. Walt and his brother Roy now turned their focus to finding a location for a second Disney theme park, which soon became known as “The Florida Project.” Despite animation once being Disney’s sole focus, it was quickly becoming almost an afterthought at the studio and Walt would only commit to releasing one animated film every three to four years.

Regardless, the animation department continued to pitch story ideas to Walt, hoping to find the lightning in a bottle that would capture the attention of both Walt and the general public. Way back in 1939, Walt had purchased the film rights to T.H. White’s medieval novel The Sword in the Stone, just one year after the book was published. However, after the studio ceased producing new animated feature films in the 1940s, the project sat on the shelf for almost two decades, officially listed as being in “active development,” though no actual work was progressing on the property.

After the success of One Hundred and One Dalmatians, Walt decided to dust off The Sword in the Stone in mid-1960 and pit it against another animated project currently in development; an adaptation of Edmond Rostand’s play Chantecler, centred on a rooster and his voyage of self-discovery. Developed by Ken Anderson and Marc Davis, Chanticleer, as it was now known, went through months of storyboarding and test animation before a disastrous pitch meeting where Walt bluntly stated, “You can’t make a personality out of a chicken.”

Meanwhile, The Sword and the Stone was being solely adapted by story artist Bill Peet, who was riding high after the success of One Hundred and One Dalmatians, which he had single-handedly written. As luck would have it, Walt had recently seen the 1960 Broadway production of Camelot, where he had first locked eyes on Julie Andrews and become determined for the actress to play the lead role in Mary Poppins. Clearly enamoured with the Medieval period, the choice of which of the two projects to approve was obvious, much to the disappointment of Anderson and Davis.

Walt also saw the strength in the content of The Sword in the Stone and how it echoed several of the few Disney animated feature films the studio could consider a financial success, particularly the fact it would star anthropomorphic animals, much like Dumbo and Lady and the Tramp, and its narrative was inherently rooted in magic, much like Peter Pan and Cinderella.

After One Hundred and One Dalmatians, the animators were now experienced with the Xerox photocopying process, which would continue to save the studio hundreds of thousands of dollars. The Sword in the Stone would be produced on a shoe-string budget of $3 million; half of what Sleeping Beauty cost, making it one of the most inexpensive Disney films since the package film era. To save on production costs, animators reused earlier work, often merely tracing over existing animation or simply using the exact same shot several times over.

In a departure for the studio, The Sword in the Stone would not feature a voice cast of Disney regulars or famous actors, with director Wolfgang Reitherman (the first solo director of a Disney animated feature) forced to seek out actors from outside the studio willing to work for the pittance the production budget allowed. For the key role of Merlin, Reitherman auditioned over 70 actors for the part, but none fit the bill of “eccentricity” he was searching for. When television actor Karl Swenson auditioned for the role of talking owl Archimedes, Reitherman cast him as Merlin instead.

While The Sword in the Stone didn’t quite succeed in delivering another spectacular Disney villain (we’ll get there), the role of Madam Mim was given to Martha Wentworth, who had long been known as “the woman of 100 voices” throughout her three-decade radio career. Wentworth had provided several voices for One Hundred and One Dalmatians, notably the Radcliffes’ maid, Nanny. Sadly, The Sword in the Stone would mark Wentworth’s final film appearance before her death in 1974 at age 84.

For the film’s lead role of Arthur, Reitherman cast 14-year-old Rickie Sorensen, who unfortunately hit puberty during production, causing his voice to dramatically deepen. As such, Reitherman was forced to cast his young sons, Robert and Richard, to replace Sorensen. Rather than re-record the lines Sorensen had already provided, Reitherman inexplicably used all three actors throughout the entire film, with Arthur’s voice noticeably changing between scenes and occasionally even within the same scene.

While it’s difficult to distinguish between Robert and Richard, the difference between the brothers and Sorensen is painfully obvious, causing all sorts of continuity issues for the film. It creates a jarring experience for the viewer that’s only further compounded by the bizarre fact all three voices have American accents and practically every other character in the film speaks with a British accent, which matches the British setting.

The inherent problem with White’s novel was its distinct lack of a plot, with the resulting film suffering the same issue. Much like Alice in Wonderland, the narrative was mostly concerned with its protagonist wandering from A to B without any true conflict or purpose. By 1963, White’s story of King Arthur was well known, meaning an audience were keenly aware of the young boy’s destiny of eliciting the titular sword from the stone, robbing the film of any real suspense or intrigue.

Unlike other Disney animated films where the antagonist appears early and plays a key role in the entire narrative, the villain of The Sword in the Stone doesn’t arrive until very late in the film in a sequence that’s more farcical than anything. When Arthur and Merlin do cross paths with Madam Mim, she’s far more a comical character than a truly menacing villain. Merlin and Mim’s “Wizard Duel” is undoubtedly the best sequence in the film, as the two transform into varying animals including a cat, elephant, tiger, rhino, and finally a dragon. It’s undoubtedly fun and silly but ultimately rather pointless.

It seems Peet was attempting to focus on the importance of education, with Merlin continually pushing Arthur to learn to read and focus on teaching the young lad some important life lessons. It remains rather unclear what those lessons actually are, as the pair morph into different animals with a supposed moralistic purpose to be learned from each episode. The most strangely depressing moment occurs when the duo transform into squirrels, leading to a female squirrel falling desperately in love with Arthur. As Arthur morphs back into a human and leaves her behind, the sight of her poor forlorn face is genuinely heartbreaking.

The Sword in the Stone premiered on December 25, 1963, to mostly mixed reviews. The New York Times praised the film for its “an eye-filling package of rollicking fun and thoughtful common sense,” while Variety criticised its plot for “taking so many twists and turns which have little bearing on the tale about King Arthur as a lad.” The film was another surprise success at the box office, taking $4.75 million in theatrical rentals and ending the year as the sixth highest-grossing film of 1963.

In the annals of Disney history, The Sword in the Stone is a rather forgettable piece of cinema that began Disney’s disappointing journey into mediocrity. The animation is relatively crude and the narrative is far from anything genuinely entertaining. It’s an episodic film which echoes the structure of Alice in Wonderland but without the vivid animation or lively characters to truly capture your interest.